This guide highlights general features and specifications of an Excavator, a machine bidadoo recently sells on auction. We have excavators available from many of our locations across the country including:  Washington, California, Arizona, Texas, and South Carolina.

What is an excavator?

Excavators are a piece of heavy equipment consisting of a boom, dipper, bucket and cab on a rotating platform known as the “house”. The house sits on an undercarriage with tracks or wheels. Hydraulic fluid is used to create movement and functions with hydraulic cylinders and motors.

What is an excavator typically used for?

Excavators are an extremely versatile piece of machinery that can be used for many functions such as; Digging of trenches, holes & foundations, material handling, brush cutting, forestry work, forestry mulching, construction, demolition with hydraulic claw, cutter and breaker attachments.

Additionally they provide utility for general grading/landscaping, mining, river dredging, driving piles, in conjunction with a pile driver, drilling shafts for footings and rock blasting, by use of an auger or hydraulic drill attachment & snow removal.

What is a crawler? 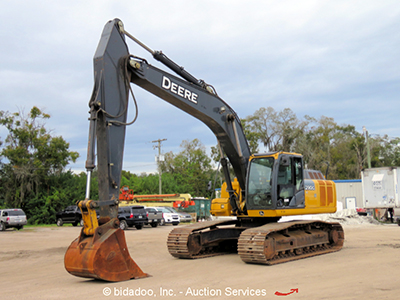 What is a dragline?

The dragline excavator is a larger excavator that operates with a different process than typical excavators. This style utilizes a hoist rope system that attaches to a bucket via a coupler.

What is a suction?

Also known as vacuum excavators, these excavators feature a suction pipe capable of up to 400 horsepower. The excavator first releases a water jet to loosen the ground. The pipe, which contains sharp teeth at the edge, then creates a vacuum that carries away soil and debris up to 200 miles per hour. 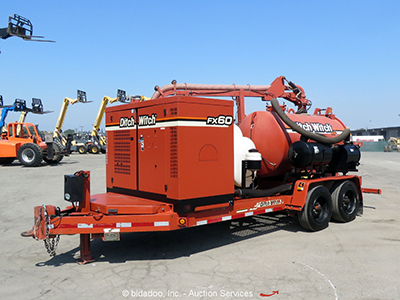 What is a skid steer?

Unlike standard excavators, skid steers have booms and buckets that face away from a driver. This allows the attachments to reach over the cab instead of around it, making them useful in more narrow areas and maneuvering tricky turns.

What is a long reach excavator?

A long reach excavator features a lengthier arm and boom sections. The design allows for better operation in hard-to-reach locations. 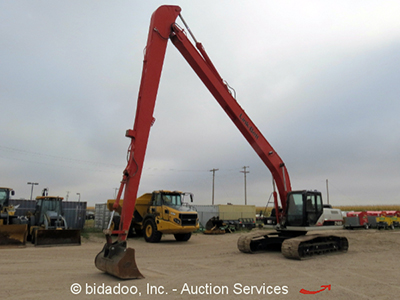 What is a mini excavator?

An increasingly popular style, the mini excavator is a smaller and lighter version of the standard excavator capable of minimizing ground damage and fitting through crowded, narrow sites like parking lots and indoor spaces. 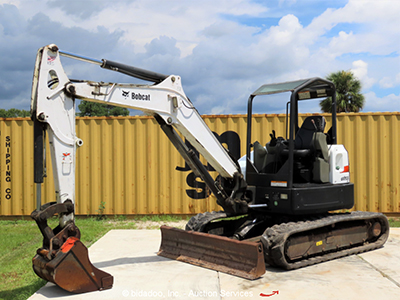 What are Popular Excavator Models?

Some popular excavator models include:

What are some General Features of an Excavator?

Excavators may include the following:

For more info on a specific excavator we have on auction, please contact us at auctionservices@bidadoo.com or 206.442.9000.